A line graph is mostly used to show change over time as a series of data points connected by line segments on the coordinate plane. The line graph therefore helps to find the relationship between two data sets, with one data set always being dependent on the other set.

Let’s define the various parts of a line graph.

We interpret line graphs by studying and analysing data from line graphs. Interpreting the line graph data is 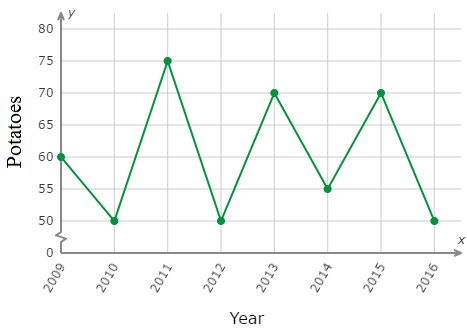 It is found from the graph above that the largest number of potatoes grew in the year 2011.

The graph below shows the rainfall over a period of 12 months. Find the month in which there was the second least rainfall. 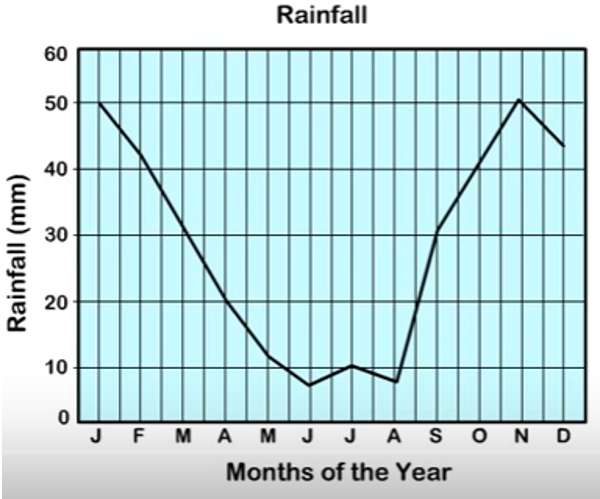 From the graph, the month in which there was the second least rainfall was August.