Home » How To » WhatsApp Update Adds the Ability to Write and Draw on Photos and Videos – mytutorials.xyz
Advertisement

WhatsApp Update Adds the Ability to Write and Draw on Photos and Videos – mytutorials.xyz

WhatsApp today added several new camera improvements for its iPhone app, including the ability to draw, write, and place emoji on photos and videos before sharing them. The features are similar to the camera features offered in both Snapchat and Instagram Stories. 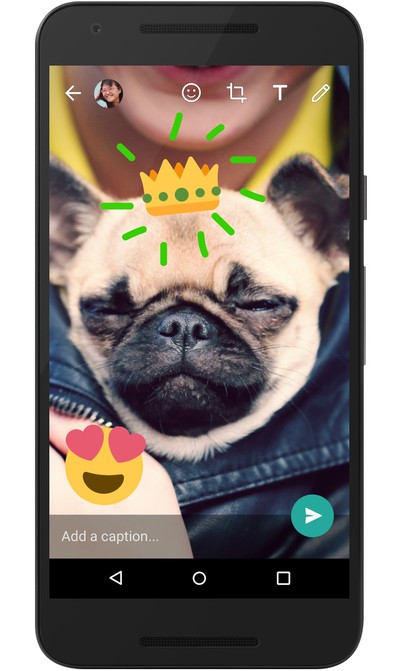 The WhatsApp camera has also gained several other improvements, including front-facing flash, the ability to zoom in and out by sliding a finger up and down, and quickly switching from the front-facing camera to the rear by double tapping.

WhatsApp is available on the App Store for free. [Direct Link]