In a new case that echoes Apple’s past struggle with the FBI, the Department of Justice has been granted a warrant to search a home in Lancaster, California — and all the smartphones inside of it — for all “passwords, encryption keys, and other access devices that may be necessary to access” the various handsets and tablets discovered inside the location. Notably, this includes requiring every person inside the home to provide their fingerprints to the cops to bypass the biometric scanners of each device (via Forbes).

An anonymous person located at the home in question avoided providing details of the crime in question, but they did indicate that the warrant has been served. The person claimed that they did not know about the specifics of the warrant’s parameters until it was served to them, and they are “trying to let this pass over” in the meantime. 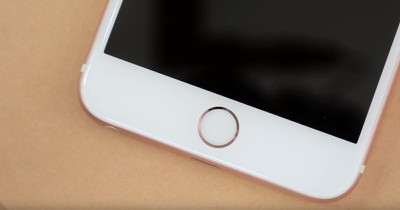 The case has been said to “shock” legal experts because of the legalese workaround used in the warrant. According to one expert, the government filed the warrant “on the assumption that they will learn more after they have a warrant,” without providing any particulars as to what they plan to find at the home in question. This practice goes against the confines and scopes of usual warrants, and was seemingly an attempt to quietly include fingerprint data in the seizure of information.

Jennifer Lynch, senior staff attorney at the Electronic Frontier Foundation (EFF), added: “It’s not enough for a government to just say we have a warrant to search this house and therefore this person should unlock their phone. The government needs to say specifically what information they expect to find on the phone, how that relates to criminal activity and I would argue they need to set up a way to access only the information that is relevant to the investigation.

“The warrant has to be particular in how it describes the place to be searched and the thing to be seized and limited in scope. That’s why if a government suspects criminal activity to be happening on a property and there are 50 apartments in that property they have to specify which apartment and why and what they expect to find there.”

Lynch noted that “we’ve never seen anything like this,” with the government’s court filing revealing the first known attempt by the Department of Justice to acquire fingerprints of individuals in a certain location to unlock their smartphones. Lynch said that the filing cites “outdated cases” as the justification for bypassing self-incrimination laws to ultimately use a person’s “body as evidence when it may be material.”

“The reason I’m so concerned about this … is that it’s so broad in scope and the government is relying on these outdated cases to give it access to this amazing amount of information… The part the government is ignoring here is the vast amount of data that’s on the phone,” Lynch added.

“If this kind of thing became law then there would be nothing to prevent… a search of every phone at a certain location.”

Most recently, it was reported that the FBI was looking into “legal and technical options” for entering another iPhone, this one belonging to the culprit behind the Minnesota mall stabbings in September. The iOS version running on the iPhone is known only to the FBI, so if it’s an older model (iOS 8 or prior) the government could potentially access it without the same drama that emerged following its request for Apple to unlock the San Bernardino shooter’s iPhone earlier in the year.