Twitter today will begin rolling out a new update for its iOS and Android apps centered around the introduction of a full-featured live video client within the social networking app (via The Verge). The live video functionality is “powered by Periscope,” but doesn’t require users to have downloaded that app separately.

The new update is an expansion of the “Go Live” Periscope button Twitter introduced to a small group of users over the summer, but is now more deeply integrated into Twitter. For example, new broadcasts will appear on followers’ timelines, and users will be able to tap to join, and then send comments and hearts. To initiate a broadcast, users must navigate to compose a tweet, tap the camera icon, tap the Periscope “Live” button, and begin the live video. 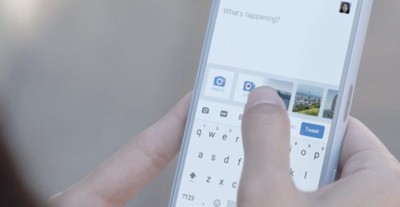 Periscope was bought by Twitter in early 2015, and the former app had a well-publicized debut year, ending up as Apple’s App of the Year in the Best of 2015 charts last December. The service has slowly tapered off in popularity ever since, leading to Twitter’s slow integration of Periscope into the main Twitter app this year. Still, Periscope told The Verge that the dedicated live-streaming app will continue to exist and be updated.

Periscope says the app will continue to be developed. “We are fully invested in the Periscope app,” said Sara Haider, senior engineering manager at Periscope. She noted that not all Periscope users regularly use Twitter.

Twitter’s hopes for live streaming have expanded beyond mobile as well, with the company introducing a live video-focused Apple TV app this past September.


Facebook began heavily integrating live video into its mobile app in 2016 as well, and even launched a specific marketing campaign aimed at promoting it. In related live video news, Instagram just this week expanded live video to all U.S. users, YouTube for iOS added the feature, the creators of the now-dead Vine app announced a live-streaming app, and an all-new service called “Live.ly” breached the top of the Top Free iPhone Apps chart this summer.
Tags: Twitter, Periscope
1 comments