Available in black or silver, the Fermata is crafted from aluminum and is designed to house a set of on-ear or over-ear headphones such as Apple’s Beats Solo2 and Solo3 wireless models. The headphones rest on a leather-covered hook, which is designed to make sure the headphones don’t rub against anything. 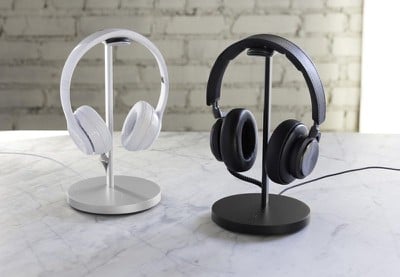 The Fermata is more than just a simple stand — it can also charge headphones. There’s a reversible micro-USB connector built into the arm of the Fermata, which can be pulled out to connect to headphones that are charged via USB. When not in use, the charging cable tucks back into the back of the stand. 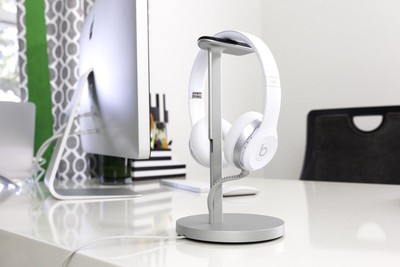 If you don’t have wireless headphones, the Fermata can still serve as a standard stand, as there’s an optional accessory that allows you to wind up a headphone cable to keep it out of the way when not in use.

An extra USB port is included at the base of the Fermata, which is able to charge an iPhone or iPad, so you’re getting two devices charged from a single outlet. Extra cable is wound into the base of the stand, so there’s no clutter of wires on your desk. The Fermata itself charges via a standard wall outlet with an included AC wall charger and a two-meter charging cable. 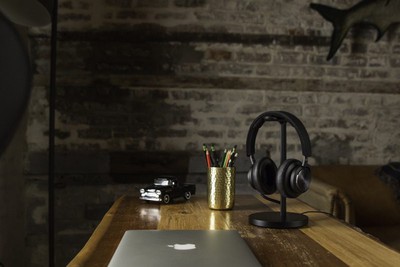 Twelve South’s Fermata headphone charging stand is available for purchase in the United States and Japan starting today from the Twelve South website. It’s priced at $79.99. An international version will be available in the future.
Tag: Twelve South
24 comments