Home » How To » Sony’s PlayStation Division to Release 6 Mobile Games for iOS Next Year – mytutorials.xyz
Advertisement

Sony is set to release up to six games for iOS in the financial year starting April in the hope of replicating Nintendo’s phenomenal success with Pokémon Go (via Reuters).

The upcoming titles will bring popular Sony franchises such as Everybody’s Golf to iOS devices for the first time, said the company. Previously Sony has only launched a few games for smartphones through its music entertainment division, but the new games will be “mobile designated” and be produced through its PlayStation business. 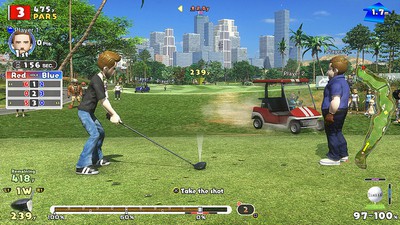 Everybody’s Golf on PlayStation 4
Sony also revealed on Wednesday that it is working on 10 mobile gaming titles, including those to be released next year. The 10 titles include PaRappa the Rapper and Arc The Lad. Japan will be first to get the games, before rollout to other Asian countries and eventually likely elsewhere, depending on initial success.

Despite its huge success in the console market worldwide, Sony is facing increasing heat from mobile in countries such as Japan, the world’s third largest game market where mobile gaming accounts for more than half of the $12.4 billion market, according to games research firm Newzoo.

The announcement comes just a week before Nintendo debuts Super Mario Run on iPhone, iPad, and iPod touch. The endless runner game goes live on the App Store on December 15 for $9.99.