Home » How To » Samsung to Cap Note7 Battery Charging at 30% in UK as Verizon Pushes Back Against Bricking in the US – mytutorials.xyz
Advertisement

Samsung to Cap Note7 Battery Charging at 30% in UK as Verizon Pushes Back Against Bricking in the US – mytutorials.xyz

Following the announcement that all Galaxy Note7 devices in the United States will essentially be bricked through an upcoming software update, Samsung recently gave details on how it plans to address the exploding Note7 situation for users in the United Kingdom. The company won’t go so far as to completely eliminate the ability to charge the Note7 in the U.K., but instead limit maximum battery charging capacity to 30 percent (via TechCrunch).

The update for users in the U.K. will hit December 15, four days before the update that will come to U.S. Note7 smartphones. Samsung said that it’s “designed to further minimize customer risk and reinforce to customers to replace their device…as soon as possible.” In the U.S., more than 93 percent of recalled Note7 devices have been returned, but worldwide there are still quite a handful of potentially harmful Note7 smartphones out in the wild, which has lead Samsung to take drastic measures with these software updates. 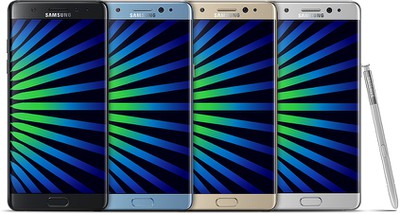 After the announcement of the U.S. software update last Friday, Verizon confirmed that it won’t push the update to its Note7 customers “because of the added risk this could pose to Galaxy Note7 users that do not have another device to switch to.” The carrier believes that while solving one problem, rendering the remaining Note7 smartphones useless could lead to even more emergency situations where the users are left without a way to contact help. Verizon also cited the need to keep in touch with family during the holidays as another reason it won’t issue the update.

Today, Samsung announced an update to the Galaxy Note7 that would stop the smartphone from charging, rendering it useless unless attached to a power charger. Verizon will not be taking part in this update because of the added risk this could pose to Galaxy Note7 users that do not have another device to switch to. We will not push a software upgrade that will eliminate the ability for the Note7 to work as a mobile device in the heart of the holiday travel season. We do not want to make it impossible to contact family, first responders or medical professionals in an emergency situation.

Every other major U.S. carrier will support the December 19 update from Samsung, including Sprint, AT&T, and T-Mobile. The carriers will be rolling out the software update at different times, with T-Mobile on December 27, AT&T on January 5, and Sprint on January 8.