Home » How To » Redesign Coming for Cortana on iOS With App to Debut in the U.K. – mytutorials.xyz
Advertisement

Redesign Coming for Cortana on iOS With App to Debut in the U.K. – mytutorials.xyz

Microsoft has announced that Cortana for iOS is coming to the U.K. and that the company is readying a significant design overhaul based on user feedback.

Cortana is to Windows what Siri is to macOS, but Microsoft’s voice-activated virtual assistant has been available on iOS in the United States for precisely a year now, allowing PC users with Apple devices to sync their reminders, notifications and so on between the two platforms. 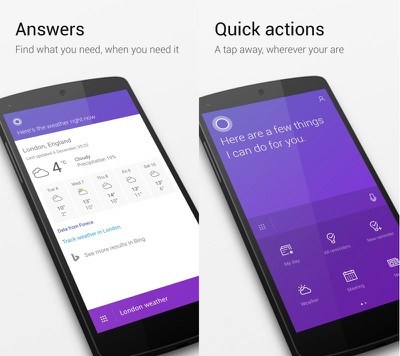 Along with the iOS app’s imminent U.K. debut, Microsoft took the opportunity to announce an upcoming overhaul for Cortana on mobile that replaces the existing design with a cleaner, simpler interface, and introduces quick actions for putting frequently used functions front and center. Checking things like calendars, news, and weather, and setting and viewing reminders will become accessible with a tap on the main screen.

As well as clearer full-page answers to queries, Microsoft says the updated Cortana app will also be significantly faster. Cortana for iOS is a free download for iPhone and iPad. Microsoft wasn’t clear about when exactly Cortana will be making its way to the U.K. App Store, but the redesigned app is said to be arriving on both sides of the Atlantic “in the coming weeks”.