Monster chasing phenomenon Pokémon GO is finally coming to India, it was announced today (via Mashable). 4G LTE carrier Reliance Jio has partnered with Niantic, publisher and developer of Pokémon GO, to bring the hit game to the country on Wednesday.

The partnership will see thousands of Reliance Digital Stores and other affiliated premises become PokéStops and gyms, where players are most likely to discover the game’s iconic characters. 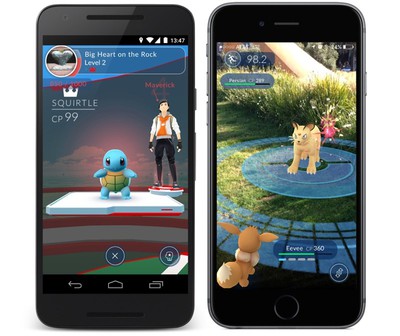 “It’s exciting to see Pokémon fans in India step out and explore their neighbourhoods in search of Pokémon and Jio’s disruptive high speed 4G LTE Network will be an excellent way to experience the game,” said John Hanke, CEO and founder of Niantic in a press statement.

Since its debut on iOS in July, Pokémon GO has been downloaded 500 million times. Despite the game not being available in India during that time, many fans in the country force-installed the game to join in the global phenomenon.

Niantic updated the game yesterday with new characters, introducing Togepi, Pichu, and other select Pokémon that were originally found in Pokémon Gold and Pokémon Silver.