The artistic effects available in popular photo manipulation app Prisma can now be applied to up to 15 seconds of video (via Mashable).

The company behind Prisma announced the new “beta” feature for iOS devices on Thursday, and said a total of nine styles are currently available for video, but that number is set to “soar weekly”. 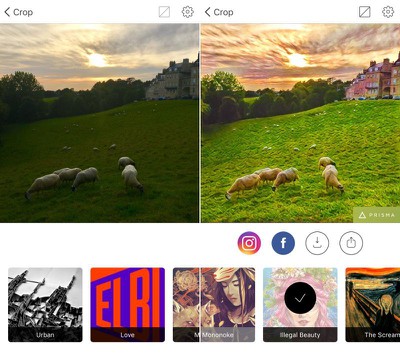 The video support was made possible because of a change to the way the app processes effects, which now happen locally on the device, rather than on Prisma’s servers.

According to Prisma, video processing time depends on the device: on an iPhone 7, it will take around 30 seconds to process a 15-second video, but that time approximately doubles on an iPhone 6S.

Prisma uses the predictive analyses of DeepDream-esque neural network technology to achieve its stylistic interpretations, which typically makes them more unique than standard photo filters. The developers also plan to add GIF support “very soon”, while filter quality will continue to be improved.

Prisma is a free download on the App Store for iPhone and iPad. [Direct Link]