Google has released an update to its Motion Stills app that lets users create moving text effects for inclusion in their videos.

Motion Stills is designed to create unique GIFs from Live Photo images captured with the iPhone 7, iPhone 6s, iPhone 6s Plus, and iPhone SE. The app was released earlier this year and its main features were subsequently integrated into Google Photos for iOS. 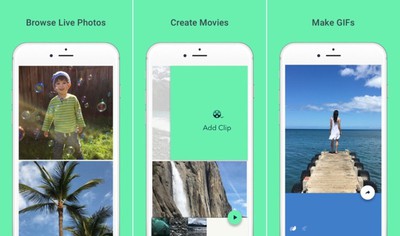 The update means that users can add motion-tracked text overlays to their high-resolution videos and fun gifs, as described and demonstrated in the company’s research blog post.

We’ve added motion text so you can create moving text effects, similar to what you might see in movies and TV shows, directly on your phone. With Motion Text, you can easily position text anywhere over your video to get the exact result you want. It only takes a second to initialize while you type, and a tracks at 1000 FPS throughout the whole Live Photo, so the process feels instantaneous.

Google’s updated Motion Stills app for iPhone and iPad can be downloaded from the App Store for free. [Direct link]