Home » How To » MacBook Pro With Touch Bar Now Available for Purchase at Some Apple Retail Stores – mytutorials.xyz
Advertisement

Just a day after the first MacBook Pro with Touch Bar orders began arriving to customers, a select number of Apple retail stores have received stock and are offering limited quantities of the new machine. 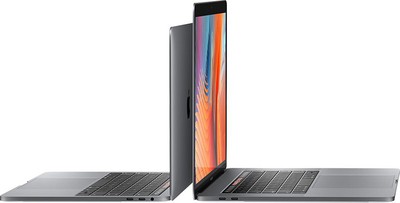 In other parts of the United States, stores do not yet have Touch Bar MacBook Pro models available for purchase, but multiple customers have been told to expect the machines to be in stock starting tomorrow. At some locations, however, customers have been told no MacBook Pro models will be available before Thanksgiving, so country-wide in-store availability may not happen for a few weeks.

Along with limited stock, Apple retail stores are expected to have display models on hand before the end of the week. In Hong Kong, the Touch Bar MacBook Pro has been on display since yesterday, and several customers have reported being told that display models will be in stores as soon as Wednesday.

In store pickup is not available for the new MacBook Pros, so customers hoping to skip the 4 to 5 week wait for a Touch Bar machine will need to call or visit an Apple retail store in person to check stock levels.