Home » How To » Jony Ive’s Next One-of-a-Kind Design Project is a Christmas Tree – mytutorials.xyz
Advertisement

Apple design chief Jony Ive and industrial designer Marc Newson are set to design London hotel Claridge’s 2016 Christmas Tree, it has been revealed (via The Verge).

The Claridge Christmas tree has become something of a festive Mayfair landmark, drawing Londoners and tourists alike, with notable designers having created the seasonal decoration since 2009. 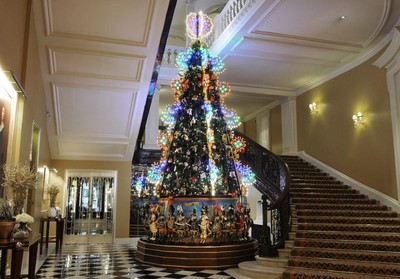 Ive and Newson’s creation will be unveiled on November 18, and follows similar commemorative trees designed by Christopher Bailey for Burberry, Dolce & Gabbana, and Kelly Ellis of McQueens, amongst others.

Ive has collaborated with close friend Newson on a number of one-of-a-kind projects in recent years, with many of the creations being sold off at auction and raising millions of dollars for charity in the process. Previous products have included a red Mac Pro, an aluminum desk, and a special edition Leica camera.

In 2014, it was revealed Newson had been officially hired part-time by Apple to work with Ive’s in-house design team. Newson is also rumored to have worked on previous Apple products before officially joining the company.