Google has announced a few notable updates to its Photos app, with some new features powered by its machine-learning technology.

The app can now automatically generate animated GIFs from videos you upload to the service. Google says its technology looks for video segments that capture activity – “a jump into the pool, or even just an adorable smile” – and creates short animations that can then be easily shared over email or social media. 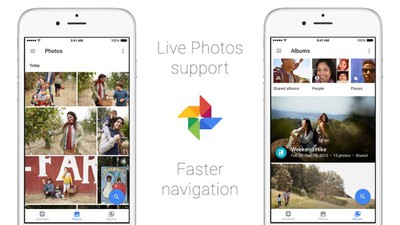 In addition, Photos now uses facial recognition to surface older pictures of people that appear in your most recent uploads, and can also serve up what it considers to be picture ‘highlights’ from each month – similar to Apple’s Memories feature in its native Photos app.

Last but not least, Google Photos now detects sideways photos in your uploads and offers to rotate them in one batch, saving you from having to correct their orientation yourself one by one.

Google Photos is a free download for iPhone and iPad from the App Store. [Direct Link]