Google is offering four free months of Play Music as part of its Cyber Week deals. The four-month trial includes a YouTube Red subscription for ad-free YouTube streaming and can be cancelled at any time. The Play music streaming service usually costs $9.99 per month, giving members access to over 35 million songs. 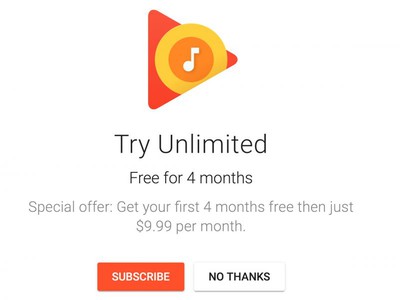 Users who have had a free trial or cancelled a Play Music membership in the past aren’t eligible for the Cyber Week promotion, but that doesn’t stop anyone curious to see what’s changed from creating a new Google account to take advantage of the offer.