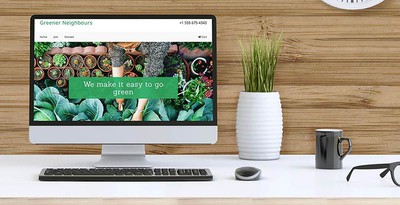 GoDaddy is providing Apple Pay to all of its online store merchants who enable credit card payments through Stripe on mobile devices.

Causemo, a startup platform enabling non-profit organizations to acquire and retain donors, is providing Apple Pay on the web in Safari on Mac, iPhone, and iPad. When using Apple Pay, donors do not have to enter their billing, shipping, or contact details. Apple Pay is shown as the default payment option on enabled devices.

In November, Apple announced that nonprofit organizations in the United States are now able to accept donations using Apple Pay.

“We’re making it incredibly easy to give back with Apple Pay,” said Jennifer Bailey, Apple’s vice president of Apple Pay. “Websites and apps tell us they see twice as many people actually completing a purchase with Apple Pay than with other payment methods. We think offering such a simple and secure way to support the incredible work nonprofits do will have a significant impact on the communities they serve.”

Earlier this month, Apple Pay vice president Jennifer Bailey said 35% of merchants in the United States now accept Apple Pay, compared to only 4% of merchants that accepted the payment option when it launched in October 2014.