The tests were commissioned by the U.K.’s Trading Standards and undertaken by Illinois-based global safety specialists UL. The insulation tests applied a high voltage to the chargers, which were bought online from eight different countries, including the U.S., China, and Australia. 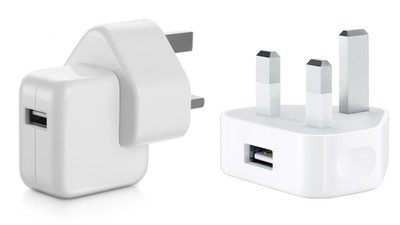 According to the results, only three out of 400 counterfeit chargers were found to have adequate insulation to ensure protection against electric shocks. Leon Livermore, the chief executive of Chartered Trading Standards Institute, described the counterfeit chargers sold online as an “unknown entity” and urged shoppers to buy electrical goods only from trusted suppliers.

“It might cost a few pounds more, but counterfeit and second-hand goods are an unknown entity that could cost you your home or even your life, or the life of a loved-one,” he said.

Earlier this week, Amazon acknowledged a worsening counterfeit problem on its site and said it had made fighting the fake products a “major goal” going forward. The announcement followed a lawsuit filed by Apple last month against a company it accused of selling fake power adapters and cables on Amazon. Apple conducted its own tests and said it found that almost 90 percent of so-called genuine Apple products and accessories it had purchased from Amazon over the last nine months were actually counterfeit.

“Counterfeit electrical goods are likely to be poor quality and in the worst cases unsafe,” said Gillian Guy, chief executive of the U.K.’s Citizens Advice. “Look out for tell-tale signs of counterfeiting such as mistakes in brand names or logos, and check plugs for safety marks – all genuine electrical items made in the EU should have a CE mark on them.”

Trading Standards included guidelines in its press release to help consumers in the EU spot a fake charger, advising them to check pin size, look for regulation markings, warnings and instructions. In addition, Citizens Advice urged consumers not to overcharge appliances and to never cover devices when charging or use a charger with a cracked case or frayed cable.