Facebook yesterday announced an update to its flagship app that lets users stream video from their iOS device directly to an Apple TV.

Now, when a video is selected in the app’s news feed or from the Saved tab, a small button appears in the top right corner which, when tapped, offers to send the video to an Apple TV on the same wireless network. 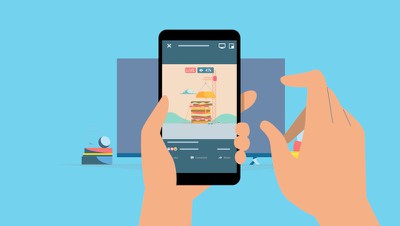 If you’re streaming a Facebook Live video to your TV, you can see real-time reactions and comments on the screen, and you can join in the conversation yourself by reacting or commenting.

The new feature – which also supports Chromecast – continues to stream the video to the TV while allowing the user to browse other parts of Facebook on their iPhone or iPad.