Continuing in the tradition of changing Reactions to suit a theme or holiday, Facebook today has begun rolling out a Halloween version of the six Reaction buttons. Replacing Like, Love, Haha, Wow, Sad, and Angry are a skeleton’s hand, candy heart, witch, ghost, Frankenstein’s monster, and a pumpkin. 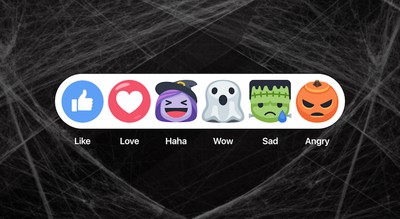 Some Reactions, including Like, change into their festive versions after being tapped
Using its acquisition of MSQRD, Facebook is also introducing Halloween-themed live filter masks into its live video streaming feature. The limited-time masks are said to include a skull, an evil queen, a pumpkin, and a witch.

After you start broadcasting from the “Live” button on top of the feed in the Facebook app, you can find the masks in the magic wand menu in the top left corner of the screen. The company said that a selection of masks will continue to be available after Halloween, “so you can be creative in your Live videos any time.” 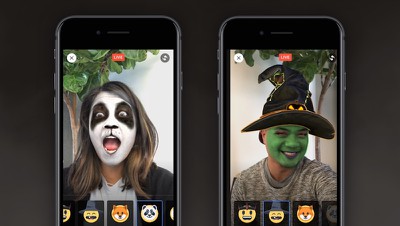 The update is expected to stick around through Halloween, although Facebook didn’t specifically confirm how long it would last. Reactions will be rolling out to people “in a select set of countries,” while masks are available only to iOS users in the United States, United Kingdom, and New Zealand.
Tag: Facebook
11 comments