Facebook yesterday officially launched its ‘Workplace’ platform, an organization and business collaboration tool to rival the likes of Slack. 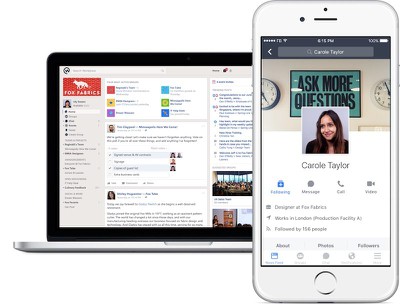 There’s also something called Multi-Company Groups, which allows employees from different organizations to work together.

That contrasts with Slack’s Standard plan of $6.67 per user and its Free tier, which has some search and archive limitations.

Workplace exists as a web interface and an iOS app similar in style to Facebook’s other mobile offerings. The app is a free download for iPhone and iPad available on the App Store. [Direct Link]