Casper has announced it now accepts Apple Pay on the web through Safari on both its desktop website on Mac and mobile website on iPhone and iPad. 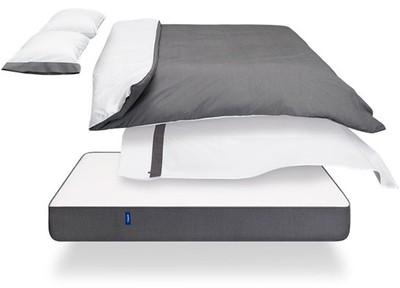 Casper is a New York-based startup that sells an award-winning foam mattress exclusively through its website. The online retailer’s product lineup also includes a pillow, sheets, foundation, and dog bed, available in the United States, Canada, Germany, Austria, Switzerland, and the United Kingdom.

Apple Pay on the web is a convenient and secure option for online payments, eliminating the need to repeatedly fill out account, shipping, and billing information for a more seamless checkout experience. Compatible devices include iPhone 6 and later, iPad Pro, iPad Air 2, and iPad mini 3 and later running iOS 10 or above.

Apple Pay on the web is a new Safari feature on iOS 10 and macOS Sierra, expanding upon in-store and in-app payments. The feature started rolling out in September on websites such as Staples, easyJet, Indiegogo, StubHub, and Wayfair, with other committed partners to follow.