Connected security camera company Canary is today launching a new update to its app that introduces support for the fourth-generation Apple TV, letting users view their camera’s live stream on their television, or watch older recordings saved within the app. Prior to the Apple TV app, Canary users only had the company’s mobile app to view content captured via a Canary or Canary Flex system (via TechCrunch). 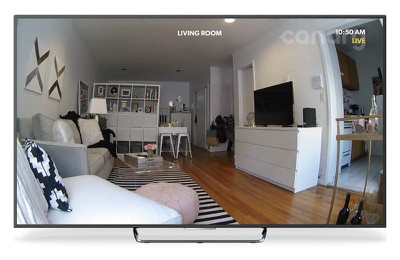 When the Apple TV app is opened, Canary users will be presented with a dashboard and choose between live and recorded feeds. For those who have multiple Canary cameras, the app will initially open upon a “Location view,” so they can choose which system to access video. 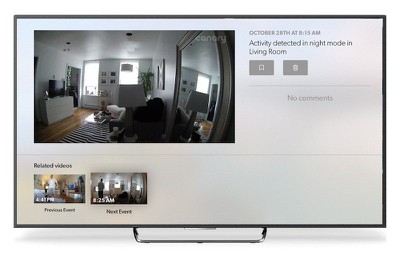 Canary cameras record movement as “events,” so users can scrub through each on the Apple TV app, bookmark important ones, delete those deemed unnecessary to save, and jump to the next one with a Related Videos section under each of these events. The version 2.0.2 update to the Canary app also brings support for iPads and Android tablets.

In addition to HD video capture, the Canary cameras monitor air quality and include a built-in 90 decibel siren that users can activate through the mobile app to scare off intruders the camera notices within the home. The Canary Flex has many of the same camera-capturing features as the basic model, with the added bonus of a completely weatherproof outer shell.

Canary can be downloaded from the iOS App Store for free [Direct Link]. The 2.0.2 update has yet to hit the App Store, but should begin rolling out today.