Home » How To » Bragi Unveils ‘MyTap’ Update to Control Headphones Through Gestures on the Cheek – mytutorials.xyz
Advertisement

Bragi Unveils ‘MyTap’ Update to Control Headphones Through Gestures on the Cheek – mytutorials.xyz

Wireless headphone company Bragi today announced an incoming update to its flagship Bluetooth device, The Dash, which will bring with it an all-new way for users to interact with Bragi’s “Kinetic User Interface.” Coming November 21, Bragi OS 2.2 will introduce users to a beta of “MyTap,” which lets them control the headphones through tap-based gestures placed directly on their cheek and not on The Dash itself.

KUI will also bring about gestures like nodding to accept a phone call from a smartphone connected to The Dash, activating Siri with the tap of a cheek, and even various music playback controls. When it begins rolling out on November 21, KUI will only encompass voice assistant controls (for Siri and Google Now), and the other gestures will arrive in future firmware updates. 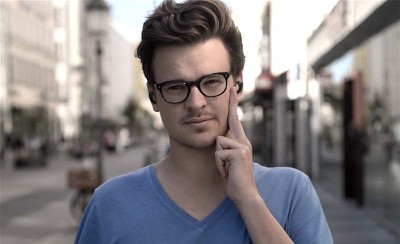 “The Dash was envisioned as a platform offering a lot of hardware capabilities, but not all of this hardware was used from the beginning. Over time, we can let the software grow and enable more features.” – David Dohmen, Sensorics & Data Science at Bragi

“You are way more accurate tapping your own cheek than an external device. That makes it easier to hit it during activities like cycling or running.” – David Dohmen, Sensorics & Data Science at Bragi


The Dash and The Headphone (Bragi’s entry-level Bluetooth headset) have been compared to Apple’s upcoming AirPods frequently, enough for Bragi to create a comparison chart between the three devices following Apple’s announcement of the AirPods in September. The Dash’s premium $299 price tag and high-end activity tracking features are more difficult to compare with the AirPods, which fall in line slightly more with The Headphone. However, only The Dash can receive Bragi’s OS updates.