Analysts at financial firm Oppenheimer today added to the pile of criticisms aimed at Apple and its current, and future, state of innovation within the technology industry. In a recently published note (via Business Insider), the firm addressed a few “strategic issues” it currently has with Apple, as well as concern for the future trajectory of the company.

In the near-future, Oppenheimer believes that iPhone sales will peak, specifically in 2018, and that “the company lacks the ability to raise prices across its iPhones, iPads and Mac products,” which is hurting its growth. The firm also described a disharmony between “Apple’s primary role as ‘the hardware platform’ … with its secondary role as ‘the software and service provider.'” 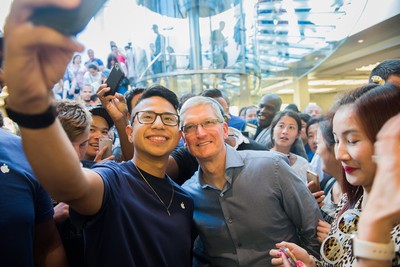 “We believe Apple lacks the courage to lead the next generation of innovation (AI, cloud-based services, messaging); instead will become more reliant than ever on the iPhone … We believe Apple is about to embark on a decade-long malaise. The risks to the company have never been greater.”

While the “Apple is doomed” mindset has been prevalent for much of the company’s lifespan, the “universe of negativity” surrounding the company became more noticeable throughout 2016. In April, Apple reported its first year-over-year decline in iPhone sales and quarterly revenue since 2003, and although initial shipments of the new Touch Bar MacBook Pro models were reported as strong, subsequent user experiences have largely varied between positive and negative opinions.

In October, Apple forecasted a return to growth for the last half of 2016 thanks to the holiday shopping season, potentially putting an end to the company’s downturn after its first annual revenue decline since 2001 and three consecutive quarters of negative growth. The constant bright spots in Apple’s revenue remain its services category, including the App Store, iCloud, and Apple Music.