Apple has added Telemundo Now to the universal search function on the fourth-generation Apple TV, enabling U.S. users to search for TV shows on the world’s second most popular Spanish-language channel. Telemundo, owned by NBCUniversal, is syndicated worldwide to more than 100 countries in over 35 languages. 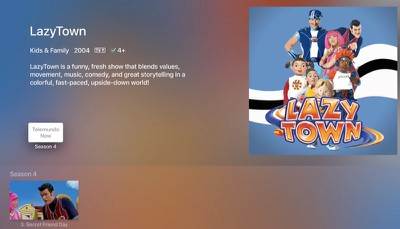 Apple TV universal search is now available for a wide number of apps in the U.S. and Australia, but the feature is limited to iTunes and Netflix in Canada, France, Germany, Mexico, the Netherlands, Norway, Spain, Sweden, and the United Kingdom. In some other countries and regions, only movies in iTunes are supported.