Home » How To » Apple Seeds Third Beta of tvOS 10.0.1 to Developers – mytutorials.xyz
Advertisement

Designed for the fourth-generation Apple TV, the tvOS 10.0.1 beta can be obtained by connecting the Apple TV to a computer with a USB-C to USB-A cable, downloading and installing the software from a registered developer account via iTunes or Apple Configurator. Once a beta profile has been installed on the device through iTunes, new beta updates will be available over the air. 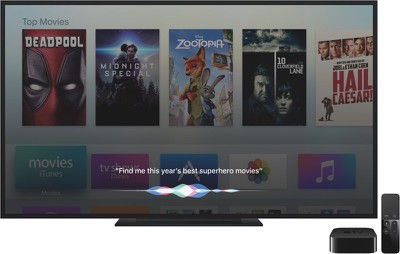 No obvious outward-facing features were discovered in the first two tvOS 10.0.1 betas, so it’s likely the update focuses on bug fixes and under-the-hood performance improvements to address issues discovered since the release of the first version of tvOS 10.

Single sign-on, a feature that will allow Apple TV users to sign in once with their cable credentials to access all live cable content included in a cable subscription, does not appear to be included in this beta and will be introduced in the future.