Apple today seeded the sixth beta of an upcoming iOS 10.2 update to developers and public beta testers, a few days after seeding the fifth beta of iOS 10.2 and more than a month after releasing iOS 10.1, the first major update to iOS 10.

Registered developers can download the sixth beta of iOS 10.2 from the Apple Developer Center or over-the-air with the proper configuration profile installed. 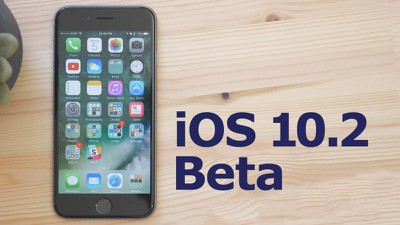 There are more than a hundred new emoji, including several profession emoji available in both male and female genders, such as firefighter, mechanic, lawyer, doctor, scientist, and more. Apple has also redesigned many existing emoji, adding more detail to make them look much more realistic.

Along with new emoji, iOS 10.2 includes new wallpaper, new Music sorting options and buttons for Repeat and Shuffle, new “Celebrate” and “Send with Love” Screen Effects, an option for preserving camera settings, Single-Sign On support for watching live TV via apps, and the official “TV” app that was first introduced at Apple’s October 27 event.

The TV app serves as an Apple-designed TV guide that aims to simplify the television watching experience and allow users to discover new TV shows and movies to watch.

The TV app is available on both iOS devices and the Apple TV (tvOS 10.1), and in iOS 10.2, the “Videos” app has been replaced entirely with the new “TV” app, which will now serve as the iOS TV and movie hub.