Home » How To » Apple Seeds First Beta of iOS 10.2.1 to Developers – mytutorials.xyz
Advertisement

Registered developers can download the new iOS 10.2.1 beta from the Apple Developer Center or over-the-air with the proper configuration profile installed. 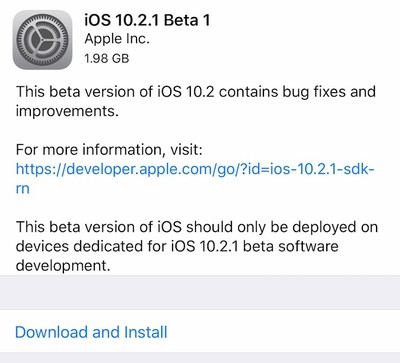 It’s not yet clear what features are included in iOS 10.2.1, but as a minor 10.2.x update, it’s likely to focus on bug fixes and performance improvements rather than major outward-facing changes.