Apple today seeded the fifth beta of an upcoming macOS Sierra update to developers and public beta testers, just over one week after seeding the fourth beta and a month after releasing the new macOS Sierra operating system to the public.

macOS Sierra 10.12.1 beta 5 can be downloaded from the Apple Developer Center or through the Software update mechanism in the Mac App Store for those who already have an earlier 10.12.1 beta installed. 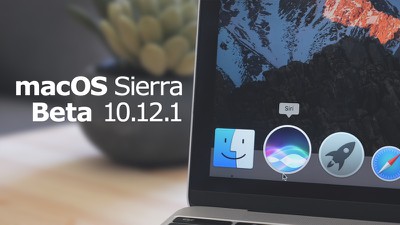 macOS Sierra 10.12.1 appears to focus on bug fixes and under-the-hood performance improvements to address issues that have been found since the operating system’s release, and it’s also likely adding features designed for next-generation MacBook Pro models set to be released later this year.

Few outward-facing changes were discovered in the first four betas, but it 10.12.1 does include Photos support for the new iPhone 7 Plus Portrait feature introduced with iOS 10.1. New features discovered in the fifth 10.12.1 beta will be listed below.