Home » How To » Apple Releases iOS 10.1 With New Portrait Mode for iPhone 7 Plus [Updated] – mytutorials.xyz
Advertisement

Apple today released iOS 10.1 to the public, marking the first major update to the iOS 10 operating system that launched on September 13. In testing since September 21, iOS 10.1 saw Apple release five betas to developers and public beta testers before its public debut. 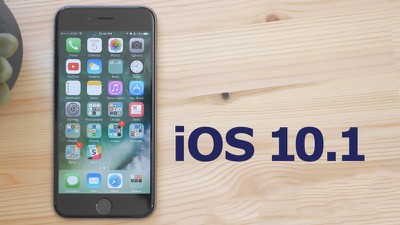 iOS 10.1 introduces a new “Portrait” mode, designed to take advantage of the two cameras included in the iPhone 7 Plus, released in September. Portrait mode uses the wide-angle and telephoto lenses in the iPhone 7 Plus to create shallow depth of field portrait photos with blurred backgrounds.

To achieve the blurred look, the image signal processor in the device uses the wide-angle camera to create a depth map while the telephoto captures an image, dissecting the different layers of the photo to decide what to blur with an artful “bokeh” effect. It works on people, pets, and objects, but it does require good lighting to achieve the proper results.

Subscribe to the MacRumors YouTube channel for more videos.
The update also offers a long list of bug fixes and other under-the-hood improvements to address many problems that have been uncovered since iOS 10 was released, and it also brings Transit directions to Japan for the first time.

iOS 10 has been described by Apple as the “biggest release ever” for iOS users, with features that include a redesigned Lock screen, a Siri SDK to allow third-party apps to integrate with Siri, and a completely overhauled Messages app with stickers, a full App Store, Digital Touch, Bubble Effects, and more.

Update: Today’s update also fixes pairing issues some Android Wear users were having with the iPhone 7 and 7 Plus.