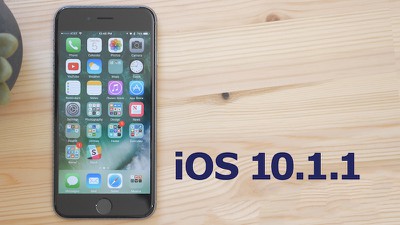 Today’s update fixes bugs including an issue where Health data could not be viewed for some users. iOS 10.1.1 can be downloaded as a free over-the-air update on all iPhone, iPad, and iPod touch models compatible with iOS 10.

iOS 10 is a major update that includes features like a redesigned Lock screen experience, a revamped Messages app with a full App Store, a Siri SDK for developers, new looks and features for Maps and Apple Music, and tons more. Make sure to check out our iOS 10 roundup for details.

Update: Apple has subsequently stopped signing iOS 10.0.2 and iOS 10.0.3, meaning that users can no longer downgrade to those software versions.