Apple has reduced its orders for the iPhone 7 with suppliers, following the initial sales influx within the first month of the device’s launch this past September. Supply chain sources speaking with Digitimes pointed towards strong demand for the Jet Black iPhone 7 and Samsung’s Galaxy Note 7 issues as catalysts for the initial shipping momentum, but both factors have now trailed off in producing more iPhone sales leading up to 2017.

Because of these factors and more, demand for the iPhone 7 in China and other markets around the world has “started fading.” The timing aligns with Apple’s typical iPhone manufacturing slow down towards the end of each year, and attention by suppliers and customers is now said to be on 2017’s much-anticipated tenth anniversary iPhone. 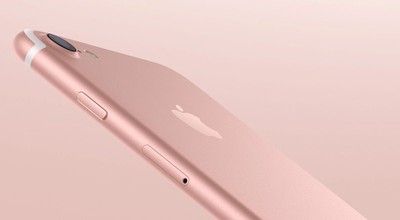 Demand for the iPhone 7 devices in China and other markets has scaled down significantly since their launch less than three months ago, the sources noted.

Instead of paying attention to sales performance of the iPhone 7 devices, component suppliers and consumers alike have been shifting their focus to the next generation iPhone to be released in 2017, commented the sources.

“High expectations” for the so-called iPhone 8 are also factored into the shipment outlook for the iPhone 7 as the new year approaches. In total, shipments for the iPhone 7 are believed to be five million less in the first six months of 2017 than in the four month period the smartphone will have been available by the end of 2016.

The iPhone 8 already has a plethora of rumors surrounding its design and potential new features, including a glass body, edge-to-edge display, and wireless charging abilities.