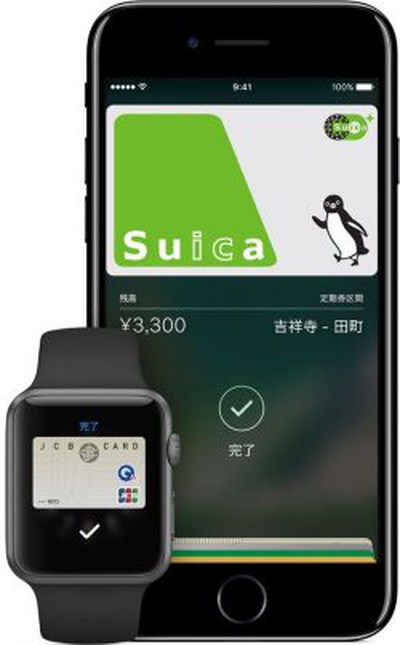 Following the release of iOS 10.1 this morning, Apple has activated Apple Pay in Japan, making it available for use at all locations that accept the Suica prepaid money card, QuicPay, or iD.

Apple Pay in Japan is unique because rather than exclusively using NFC, it also supports the FeliCa payments standard that’s been widely adopted in the country. iPhone 7 and iPhone 7 Plus models sold in Japan include a FeliCa chip, as do Apple Watch Series 2 models.

To use a Suica card with Apple Pay, customers in Japan will need to add their Suica card or Suica commuter card to the Wallet app. Once added, the iPhone 7 or 7 Plus can be used in place of a standard card.

An iPhone 7, 7 Plus, or Apple Watch Series 2 is required to make purchases in stores and at transportation facilities in Japan. The iPhone 6, 6s, 6 Plus, 6s Plus, and SE, along with iPad Pro models, the iPad Air 2, and the iPad mini 3 and later, can be used to make payments within apps and on the web.