As of this week, commuters can use Apple Pay to purchase one way, round trip, ten trip, weekly, and CityTickets tickets — as well as monthly passes — through the MTA eTix app, which can be used at all LIRR and Metro-North stations. 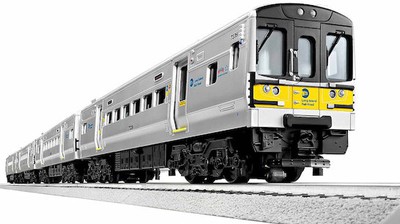 Image Credit: Lionel via The New York Times
“The New York commute just got that much easier thanks to Apple Pay in the MTA eTix app,” said Apple Pay vice president Jennifer Bailey. “Now you can skip the line entirely to buy train tickets right on your iPhone.”

MTA’s Long Island Railroad, operating between Manhattan and the eastern tip of Suffolk County on Long Island, is the busiest commuter train in North America, with an average weekday ridership of over 300,000 passengers.

MTA’s Metro-North Railroad, operating between Manhattan and upstate New York, plus parts of southwestern Connecticut, is the second busiest commuter train in North America, with an average weekday ridership of over 285,000 passengers.

MTA eTix, free on the App Store [Direct Link], eliminates the need to stand in line to purchase tickets from a vending machine. Instead, your iPhone serves as your electronic ticket, which you activate before boarding a train.