Apple is continuing to expand the availability of transit directions in the Maps app, today adding transit support in several cities in Ohio, including Cincinnati, Akron, Dayton, Canton, Athens, and some areas of Cleveland.

Transit directions in these cities come following the introduction of transit information in Columbus, Ohio, which was added in September. 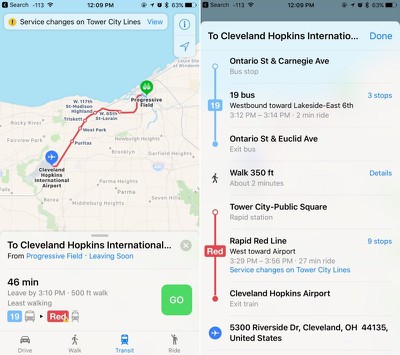 Apple first added transit directions to Maps in 2015, as part of iOS 9. At launch, transit information was only available in a small handful of cities around the world, but Apple has been working hard to expand the feature to additional locations.

Transit data is now available in more than 30 cities, along with dozens of places in China.