Apple CEO Tim Cook hinted that Japan has a big part to play in the company’s ongoing development of AI, as he continued his travels around the country via bullet train on Monday.

Speaking to Nikkei Asian Review, Cook revealed that Apple’s new advanced R&D center in Yokohama, currently scheduled for completion in December, would focus on “deep engineering” and would be “very different” from the R&D base Apple is building in China, without giving away specifics. 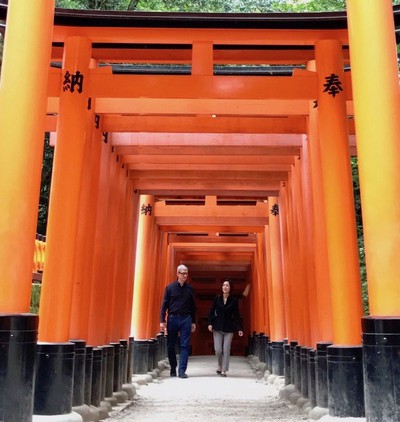 Photo via Tim Cook
However, Cook intimated that one of its main focuses would be on developing Apple’s artificial intelligence services – which recently drew some criticism in the press – and emphasized that the company wanted to leverage specifically Japanese expertise in the field.

“AI is horizontal in nature, running across all products, and is used in ways that most people don’t even think about,” said Cook. “We want the AI to increase your battery life, to recommend music to Apple Music subscribers… [to] help you remember where you parked your car.”

Japan’s robotics heritage is legendary, coming on the back of years of successfully building industrial robots, however the state of its AI research remains ambiguous, given its relative lack of investment in deep learning from large amounts of analyzed data, which U.S. companies like Facebook and Google are already heavily researching.

To improve on this front, Japan has just opened a Center for Advanced Integrated Intelligence Research in Tokyo (RIKEN), which specifically aims to develop systems of AI that will be able to solve problems using “Big Data“. The institution will work with several large companies including Sony, NEC and Toyota, and is set to receive state funding of $99.7 million over the next financial year.

Elsewhere in his interview, Cook talked up the Japanese model of the iPhone with regard to its hardware integration with Sony’s contactless FeliCa standard, which is widely used across the country for making quick payments. “Japan is important to us. FeliCa was born in Japan. So by extension, FeliCa is important,” he said.

Cook also said he hoped the use of Apple Pay, the iPhone and the Apple Watch would promote a cashless society: “We would like to be a catalyst for taking cash out of the system,” he said. “We don’t think the consumer particularly likes cash.”

In addition, Apple is said to be working with IBM and Japan Post Holdings to offer health care services for the country’s elderly, with the iPad being at the center of the program. Given the rapid aging of the country’s population, Cook said “Japan is in the best position to lead” the way on such technology.

Previously during his Japan visit, Tim Cook met with Nintendo’s legendary game designer Shigeru Miyamoto and played Super Mario Run, which is expected to arrive on iPhones by the end of the year. It’s unclear what else Cook is planning during the rest of his stay in the country.