Home » How To » Apple Ceases Development of ‘AirPort’ Wireless Routers as Engineers Reassigned to Other Products – mytutorials.xyz
Advertisement

Apple has dissolved its division which develops wireless routers and is now sending engineers who worked on the AirPort lineup into other product teams, including one currently working on Apple TV. The news comes from a report by Bloomberg, who said Apple has been slowly shutting down the division over the past year and made the decision “to try to sharpen the company’s focus on consumer products that generate the bulk of its revenue.” 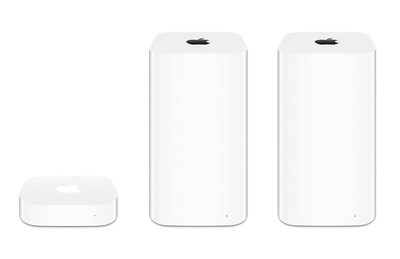 Currently, Apple sells three wireless routers, including the AirPort Express ($99), AirPort Extreme ($199), and AirPort Time Capsule ($299), but none of the devices have seen a refresh since 2013. A temporary stock shortage earlier in the year gave hope that a refresh of the AirPort Extreme and Time Capsule was coming during WWDC, but Apple never mentioned the products during its keynote. The trio of wireless routers still remain available for purchase for the time being.

Exiting the router business could make Apple’s product ecosystem less sticky. Some features of the AirPort routers, including wireless music playback, require an Apple device like an iPhone or Mac computer. If the company no longer sells wireless routers, some may have a reason to use other phones and PCs.

The central reason for abandoning the AirPort line appears to focus mainly on its small revenue gains in comparison to the company’s more lucrative products, like the iPhone. Apple includes its routers in the “other products” category of its annual financial results, a section which generated $11.1 billion in fiscal 2016, or about 5 percent of the company’s total sales.