Several employees at the Carindale Apple Store in Brisbane, Australia were today fired for stealing personal photos from customers and taking pictures of customers and female staff as part of a lewd rating game, according to Australian news site The Courier Mail.

The behavior was discovered by at the Carindale Apple Store after an employee caught a technician looking through a customer’s iPhone in the repair room. 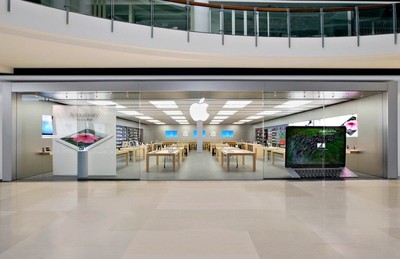 In the biggest scandal to hit the technology giant in Australia, The Courier-Mail can reveal that more than 100 close-up and explicit photos were taken of female staff and customers without their knowledge and photographs were also lifted from some Apple customers’ phones.

The victims’ pictures were then shared with employees at other Queensland stores to receive a ranking out of 10.

Apple has reportedly brought in an HR executive from “overseas” to “manage the fallout,” but has not yet let employees and customers know who was involved in the breach. Apple confirmed in a statement that the Carindale store is under investigation.

“Apple believes in treating everyone equally and with respect, and we do not ­tolerate behaviour that goes against our values,” the statement read.

“We are investigating a ­violation of Apple’s business conduct policy at our store in Carindale, where several employees have already been terminated as a result of our findings.”

According to The Courier Mail, four male employees have been let go from the Carindale store as Apple continues to investigate the incident.

Update: On Thursday Apple released a statement, which reads: “Based on our investigation thus far, we have seen no evidence that customer data or photos were inappropriately transferred or that anyone was photographed by these former employees. We have met with our store team to let them know about the investigation and inform them about the steps Apple is taking to protect their privacy.”