Kubernetes is an orchestration framework for Docker containers which helps expose containers as services to the outside world. For example, you can have two services – One service would contain nginx and mongoDB, and another service would contain nginx and redis. Each service can have an IP or service point which can be connected by other applications. Kubernetes is then used to manage these services.

The following diagram shows in a simplistic format how Kubernetes works from an architecture point of view. 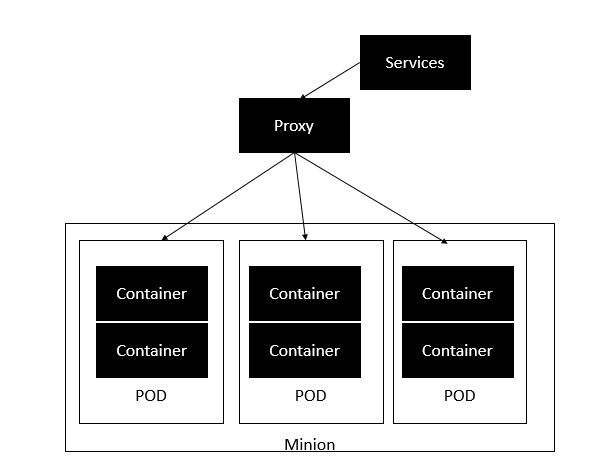 The minion is the node on which all the services run. You can have many minions running at one point in time. Each minion will host one or more POD. Each POD is like hosting a service. Each POD then contains the Docker containers. Each POD can host a different set of Docker containers. The proxy is then used to control the exposing of these services to the outside world.

Kubernetes has several components in its architecture. The role of each component is explained below &mius;