Hall Effect was named after Edwin Hall, its discoverer. This is somewhat similar to Fleming`s right hand rule. When a current carrying conductor I is placed in a transverse magnetic field B, an electric field E is induced in the conductor perpendicular to both I and B. This phenomenon is called as Hall Effect.

When a current carrying conductor is placed in a transverse magnetic field, then this magnetic field exerts some pressure on the electrons which take a curved path to continue their journey. The conductor with energy applied is shown in the following figure. The magnetic field is also indicated. 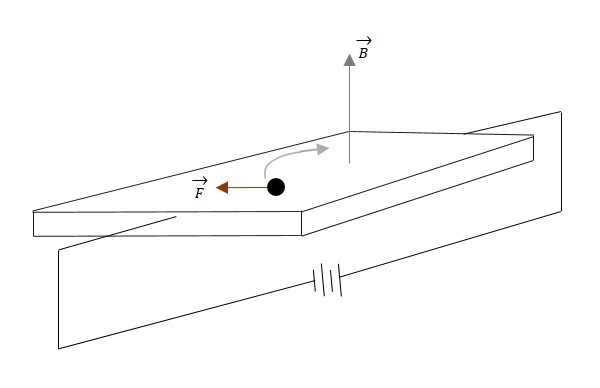 This separation of charge will create a voltage difference which is known as Hall Voltage or Hall EMF. The voltage builds up until the electric field produces an electric force on the charge that is equal and opposite of the magnetic force. This effect is known as Hall Effect.

VD is the velocity that every electron is experiencing

Where q = quantity of charge

This is the Hall EMF

The Hall Effect is used for obtaining information regarding the semiconductor type, the sign of charge carriers, to measure electron or hole concentration and the mobility. There by, we can also know whether the material is a conductor, insulator or a semiconductor. It is also used to measure magnetic flux density and power in an electromagnetic wave.

Coming to the types of currents in semiconductors, there are two terms need to be discussed. They are Diffusion Current and Drift Current. 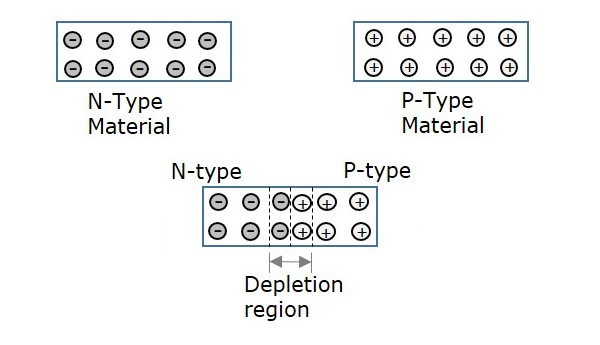 Hence, the current formed due to the diffusion of these electrons and holes, without the application of any kind of external energy, can be termed as Diffusion Current. 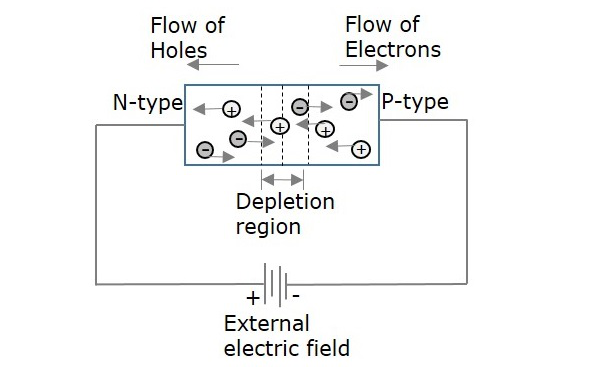 The amount of current flow depends upon the charge applied. The width of depletion region also gets affected, by this drift current. To make a component function in an active circuit, this drift current plays an important role.